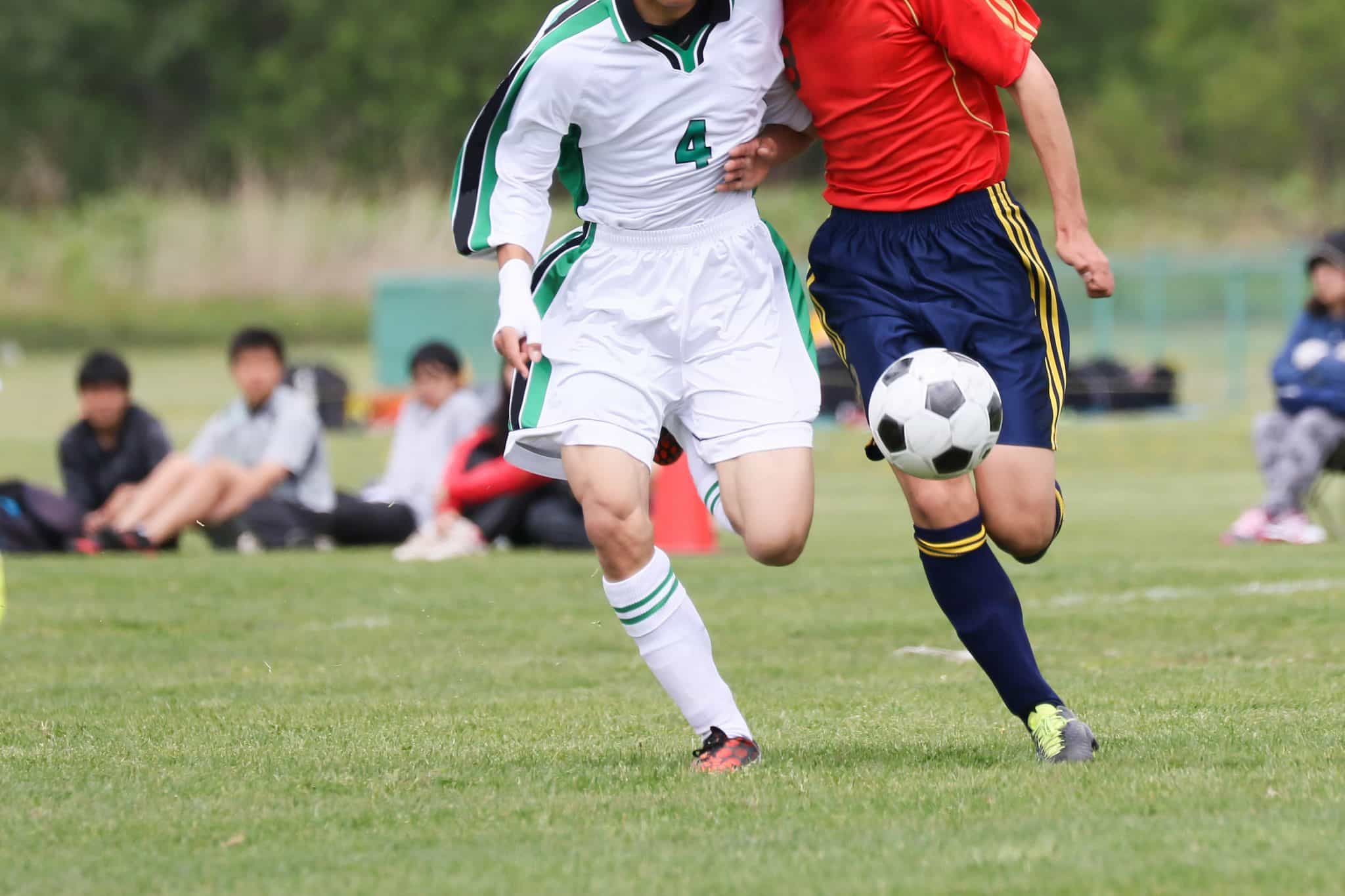 Are you tired of getting overlooked at soccer tryouts?

If you answered “yes” you’ve found the right article.

If you’ve been playing for awhile you probably know a few players that consistently make top teams over better players and great players that never seem to make a top team.

Making a team requires more than good skill and fitness.

You need to tryout effectively if you want to stop getting overlooked.

This article provides tips on maximizing your chances of making a great soccer team:

The hours before a soccer tryout can be nerve-racking.

This nervousness can translate onto the field. You will make mistakes and be less effective while nervous.

Read our article, How to Become Less Nervous Before a Tryout or Game to learn how to calm yourself.

2. Get to the fields early

You should get to the fields 30 minutes to an hour early.

You will make a good impression on the coach(s). Coming early shows you are serious about making the team.

Planning to arrive early will ensure that you are on time if you get delayed by traffic.

Getting to the fields early allows you to prepare for the tryout. I found that getting extra touches on the ball before the tryout calms my nerves and makes me more confident. Try it.

Coaches don’t like it when you look at them (while you play; always look at the coach when he speaks).

Players often look at coaches during practices when they want to slack off (when he’s looking away they stop working hard) or to see if the coach saw their mistake. Therefore, coaches subconsciously view players who look at them in a negative light.

Looking at the coache(s) shows insecurity. They think you’re looking for approval.

Screw that. Let your game speak for itself.

Don’t even think about the coaches. Doing so will make you nervous.

Players trying out often try to be “flashy.”

They hog the ball and do elaborate tricks to stand out.

This can work, but good coaches often get annoyed when players show off rather than contribute to the team.

There’s a better way to stand out.

Don’t show off, showcase your strengths.

If you read our article how to choose a position in soccer you already have a list of your best abilities.

Become effective on the field by playing to your strengths. Avoid situations that showcase your weaknesses when possible.

Do the things you know how to do. Put yourself in good situations. You will mess up less and stand out more.

Many players get nervous when trying out. They barely speak and keep to themselves. This hurts their tryouts.

Tryouts are not the time to be a lone wolf. Socializing will help you succeed.

Talk to the players on your team in the tryout scrimmages. Tell them things like “look for me making a run down the sideline” or “lets do a one-two.” (Read our article How to Communicate Effectively in Soccer for more information).

Smart players will work with you. They know it will help both of you stand out.

Coaches know who made the team last year. They will pay more attention to last season’s players. Do whatever you can to learn who they are, bond with them, and play with them as much as possible.

You will get more attention (since coaches are focused on previous players who made the team), look better (since playing with good players is easier than playing with scrubs), and develop important connections.

Let me tell you a secret. Players that made the team last year sometimes have influence on who makes the team (especially true on high school teams).

So do your best to bond with and make a good impression on players who made the team last season. Bonding won’t hurt you, and it may help you get recommended to the coach.

6. Fight for your position

The structure of tryouts vary a lot, but sometimes you’ll be put into a group with little direction.

If this happens declare that you are playing your best position as soon as possible. Don’t budge.

If you get stuck in the wrong position, be vocal about switching to your best position.

Other players want to play that position too so you will have to fight to play it. Be vocal and don’t back down. This will ensure that you have the maximum time possible in your preferred position.

Coaches will ask you what position you play. However, they will often put you in a different position “temporarily.” If you don’t remind a coach you may get stuck in that “temporary” position for much of the tryout.

Tell the coach “I’ve been playing in the wrong position for awhile. Could you put me as (your ideal position) or (your second best position). I can contribute more at that position.”

If you say this politely most coaches will put you in your ideal position. How long you stay in that position often depends on how well you play. Be so effective in your position (by playing to your strengths) that the coach wants to keep seeing you play.

You will be more effective when playing your ideal position. Fight for it.

Many coaches will take a good player with good leadership abilities over a better player that stays silent.

Leadership makes you seem confident, and players with confidence get picked more.

Show your leadership by telling players what to do and supporting your team. Shout things like “mark you man”, “come on, we can score another goal to tie the game,” and “we need to work harder on defense.”

Lift other players up with positive feedback, work hard, and play well. Players will respect you and coaches will notice.

Respect is important. Anyone can shout things, but coaches will notice leaders that are respected by other players.

Listen intently when a coach speaks to you. Follow his advice when you play.

Coaches like to be listened to, and know that players who listen will improve.

Show the coaches you have a good, professional attitude. Coaches like players that are easy to coach and won’t harm the team by doing foolish things.

Tryouts are not a time to take it easy and conserve energy.

Show the coach that you have great work ethic and fitness.

Be aggressive and use your body. Dominate the pitch. Be involved in every play you can.

Try your hardest. Leave the tryout exhausted. Coaches will notice the extra effort.

Read our article, [How to Recover After Playing Soccer] to prepare for the next day of tryouts.

One looks great while he plays. He uses his arms and hips and runs gracefully. The other is stiff and awkward.

Which do you think will get picked?

Looking professional while playing is a huge asset. It will help you get chosen over superior players that don’t look as good.

When you look like you know what you’re doing you seem better than you actually are. Use this to your advantage.

I’ve never met a coach that disliked players that shoot the ball. Shooting often is one of the best ways to stand out.

Move to positions where you can take a shot, constantly look for opportunities to shoot, and set yourself up to shoot by beating a defender.

Shoot often, but use common sense. Don’t shoot from very long distances. You will look like you don’t know what you’re doing and/or like you’re trying too hard to show off.

12 thoughts on “How to Make a Soccer Team”