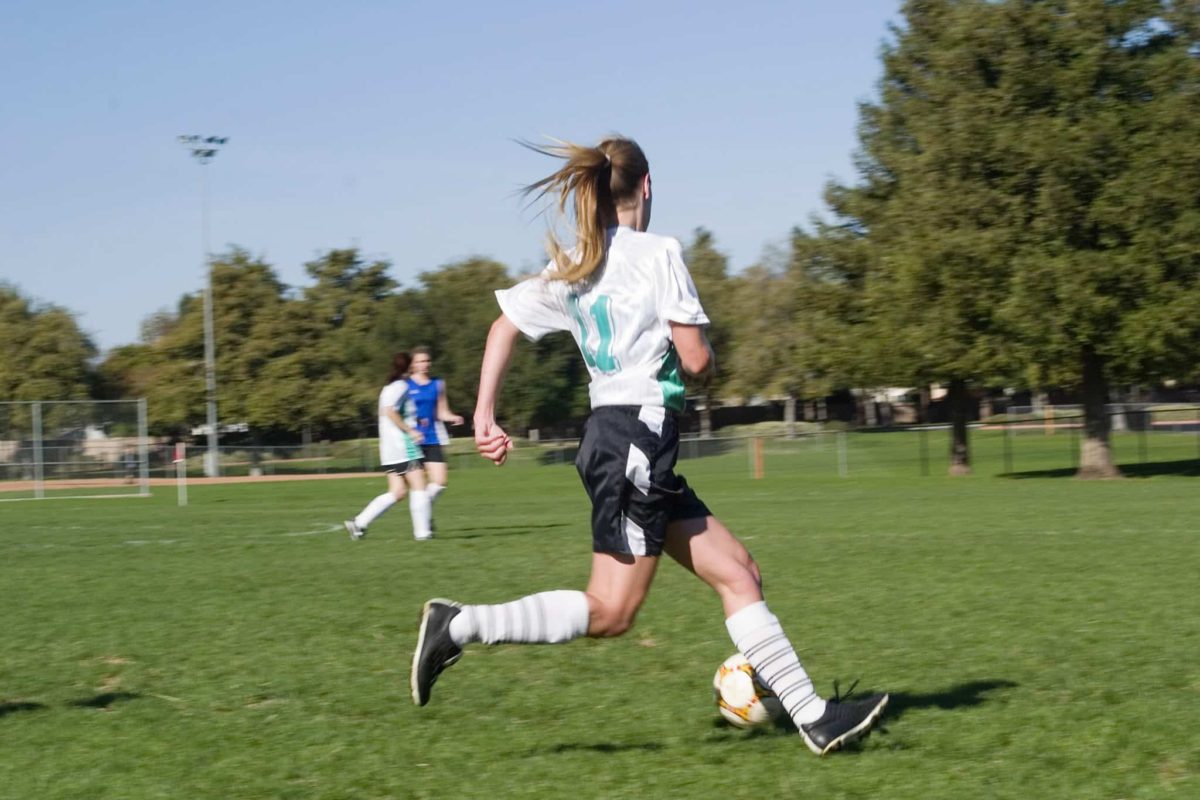 Effective communication will improve the effectiveness of your team. It can be the difference between victory or defeat.

It can be the difference between scoring the goal that results in a college scholarship or being ignored while wide open.

Learning communication is easy. Focus on it for a month and it will become second nature.

This article will cover some tips on communicating well with teammates on the pitch and some terms every soccer player should use:

3 Tips For Communicating Better in Soccer

1. Calling for the ball when open

This tip sounds obvious, but many players don’t call for the ball enough.

This hurts your individual development and your team.

Call for the ball everytime you get open.

Do not call for the ball when you are covered. Teammates will grow annoyed and will be less likely to pass you the ball.

Call for the ball when you are open and your teammates will pass to you without hesitation.

2. Call loudly for the ball.

In my entire career as a player, I’ve never seen teammates or coaches get irritated at a player for being “too loud.”

Don’t be afraid to call loudly for the ball. The louder, the better.

Holding up your arms while shouting for the ball is a good way to get a teammates attention. Do this when you are wide open.

Use your hands to indicate where you want your teammate to pass the ball. For example, putting your right arm out while moving in that direction makes it easier for teammates to understand that you want to receive the ball on that side.

Use your hands to point to the opposition. For instance, point at a player and say “mark him.”

Here are some terms you can use to communicate with your [soccer teammates]:

Tell your teammate you want the ball passed ahead of you so you can run to it.

Indicates you want your teammate to pass you the ball then immediately run forward. Pass the ball to the teammate running into space without taking an additional touch.

Use this simple, yet effective play to get around a defender.

Tell your teammate with the ball that you will sprint around him and forward into space. This is a fantastic way to get open and receive a through pass into space.

Tells the ball holder to pass the ball backwards. Dropping the ball is essential to good play.

Drop the ball when there aren’t any good options going forward and you want to retain possession.

These phrases all indicate that you want to receive the ball.

Players often panic and give the ball away when there aren’t any actual threats.

Use this phrase to tell a teammate that he has time to dribble, set up a shot or look for a pass. It informs the player that no one is near enough to steal the ball.

Use this phrase when a there is open space ahead of a player. It indicates that your teammate is free to turn without running into the opposition.

Tells the player he has a man coming to him or a man behind him.

Tells a teammate to run into space.

Tells a teammate to move towards the sideline to create space.

Tells teammate to pass the ball down the sideline.

Tell the keeper to charge and get the ball. Also yelled by the keeper when he dives for, picks up or catches the ball.

Yell this when you and another teammate are both near a loose ball (then take the ball).

Use the team “leave” when you want a teammate to dummy the ball. To dummy:

Tell your teammate that you want the ball passed to your feet (as opposed to in space).

Tell a teammate to pass the ball to the other side of the field. The ball is often passed in the air so it’s not intercepted.

Tells teammates to mark a man. You can also say “mark (the players’s number).”

Tell a player to stand a few feet between the player he is marking and the goal. Used on corners and free kicks.