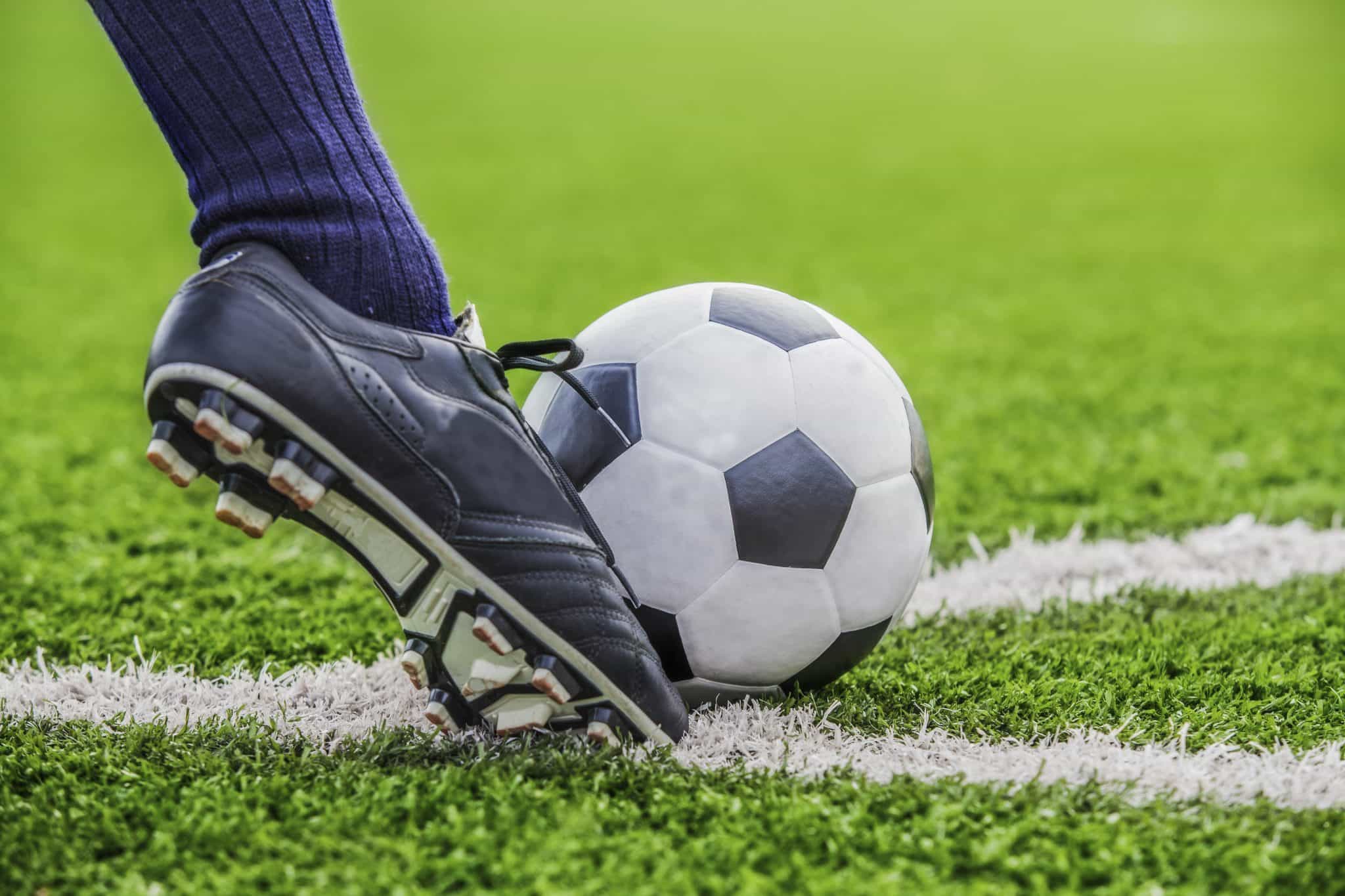 Technique isn’t the only aspect of shooting you should focus on.

I constantly see players with good shots that could score more goals if they made simply tweaks to their play.

This article will cover everything important about shooting that isn’t covered in our articles How to Shoot a Soccer Ball With Power and Accuracy, How to Kick a Soccer Ball, and 7 Types of Soccer Shots.

These 7 tips will help you take your shooting ability to the next level. Implement them, and you will score more goals and be more effective on the pitch.

If you’re like most players, you probably aren’t shooting the ball enough.

You may be afraid of getting labelled a selfish player, aren’t looking to shoot enough, or lack the confidence to make a bold shot.

Don’t let any of these issues hold you back. Shooting often (assuming you have a good shot), will make you much more effective on the pitch. You will score more goals, get more playing time, and look better on the field when you shoot more often.

Look to shoot whenever you are within scoring distance. Over time you will find opportunities to shoot that you didn’t notice before and will shoot faster.

Having said that, it’s possible to overdo shooting. Don’t shoot the ball from poor angles when you can cross, shoot when there are open teammates in a great position (unless you are close to the goal), or shoot from long distances when you have good options.

2. Use Different Types of Shots

Different types of shots are effective in different situations. For instance, use an inside of the foot shot when you are close to the goalie to improve accuracy.

Read our article, 7 Types of Soccer Shots for more information.

When you try to kick the ball hard you tighten your muscles. As a result, you actually kick the ball with less power and accuracy.

Don’t worry about kicking the ball “as hard as you can.” Instead, focus on using a fluid, athletic technique. Loose muscles help you create momentum, which increases power.

Faking a shot correctly can be very effective. Defenders will often turn away, expecting to get hit, and goalies will often dive in the direction of your fake if you’re close enough to the goal.

I don’t see players fake shots often. Get an advantage by pretending to shoot occasionally.

Faking a shot is one good way to beat defenders. If you want to learn more read our articles, How to Beat a Player in Soccer and 7 Best Soccer Moves and Tricks.

Hesitation is the number one reason why shots get blocked.

Confidence in yourself and your kicking technique is key. You can’t be timid when shooting or you will miss countless opportunities.

Do NOT use stutter steps. I’m always shocked by how many players (even advanced players) take three more steps than is necessary to shot the ball.

Touch the ball in a good position than shot in one step. Stutter steps will slow you down and won’t improve your technique.

6. Shoot with your weak foot

You will score more goals when you can shoot well with both feet.

When you can shoot with both feet tons of new opportunities present themselves. You can fake a shot with one foot, cut across your body, then shoot with your other foot quickly. You can shoot without taking extra touches and shoot from all angles.

7. Keep tweaking and improving your shot

Shooting is the hardest skill in soccer.

You have to practice technique consistently if you want to blast the ball in the net.

Focus on tweaking your shot when you practice. When you mess up, figure out what went wrong and fix it. When you kick the ball with power and accuracy, focus on using similar technique with each shot.