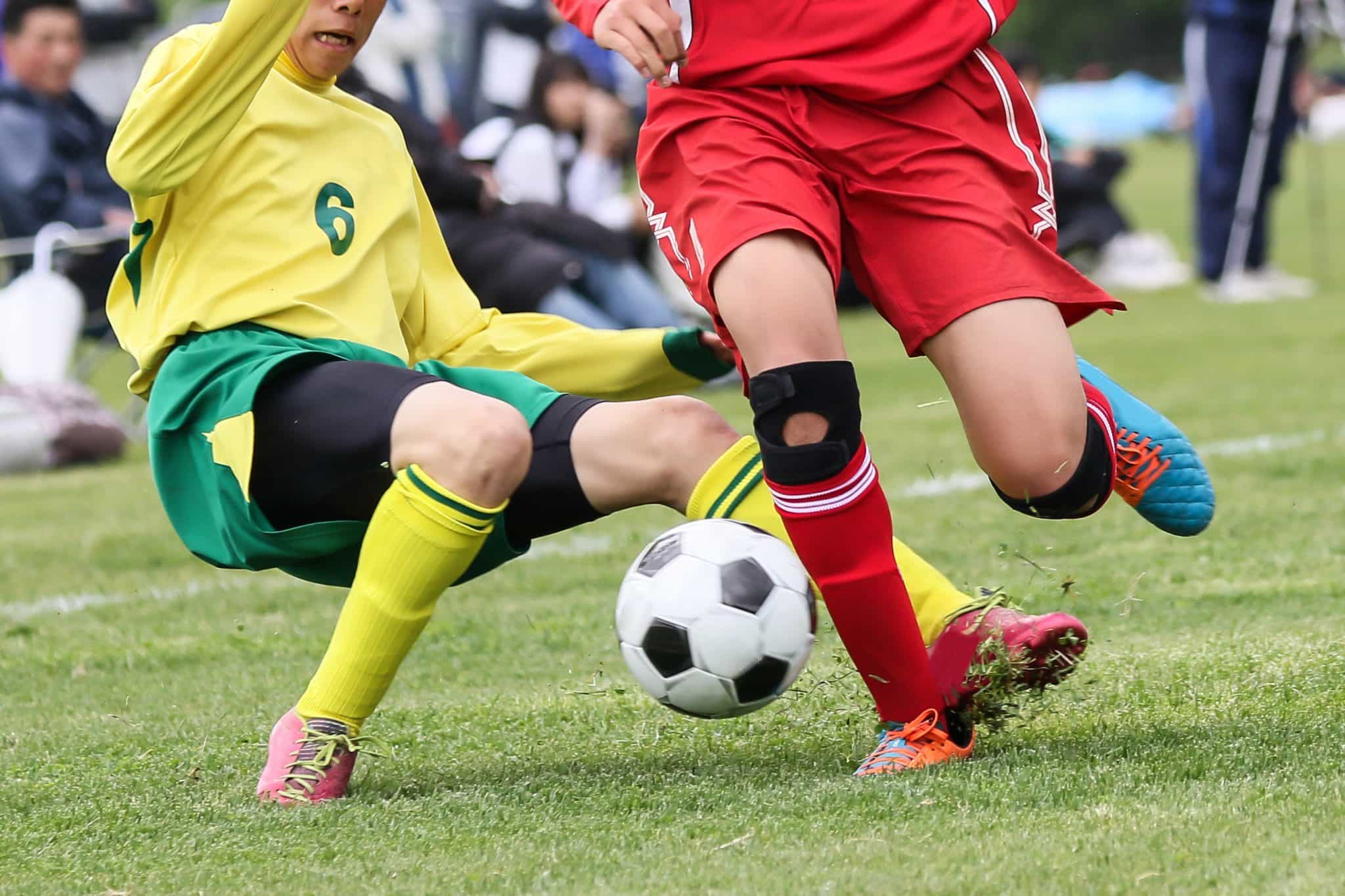 Soccer moves help you beat defenders. A good move will put defenders off balance allowing you to dribble past them into open space.

Too many players use soccer moves and tricks to show off, rather than be effective on the field. Doing moves should help you beat defenders quickly – not waste time unnecessarily.

You don’t need to learn tons of moves and tricks to beat defenders. Most great players use a few great moves that they’ve mastered.

This article will cover the best soccer moves. Use them to beat defenders quickly. You will be an asset to your team.

7 Soccer Moves and Tricks That Will Help you Beat Defenders

This is my go-to move. It’s deadly if you have fast feet and sell the move correctly.

Touch the ball slightly ahead of you with the the inside of your foot then quickly do a scissor with the same foot. Cut using an outside touch with your opposite foot.

The cruyff is a versatile move. You can use it to turn, switch directions, and in this case, beat defenders easily.

This move works when a defender is located at a diagonal angle. It’s a perfect move to use in many situations, like for instance, beating a wingback who charges at your from an angle while dribbling you’re near the sidelines.

Touch the ball at the defender. When you see him moving to tackle you use an inside touch with the same foot to touch it behind your other leg.

When you time this move correctly the defender will tackle the empty space where the ball used to be. He will look foolish and you get far ahead of him before he turns and chases after the ball.

The elastico is quick and deadly. When you do it correctly defenders will sometimes stumble or fall over.

This move may appear to consist of two touches but it’s really one slick motion. Remember this when you practice the trick.

Touch the ball outside then inside in one motion. The outside touch is key to getting this right. You need to sell the touch by moving your hips, body, and arms.

This move requires lots of practice to get right, but learning it is worth the effort.

The Maradona looks incredible when pulled off correctly and is one of the best moves for beating defenders.

Touch the top of the ball with one foot, turn, use your other foot to drag the ball forward, then turn again.

Use the move when the defender charges at you. This move works perfectly when you chase after a loose ball, get there before the defender, then use the trick. The Maradona uses the defender’s momentum against him.

Do not use this move when a defender is delaying you. It won’t make him lose balance. Again, only use it right before he tries to tackle.

Timing this move right can be difficult, but when you pull it off correctly you can beat any defender.

The v pull is effective when used correctly but is difficult to pull off.

Touch the ball towards a defender. When he commits to the tackle pull the ball across your body to your opposite foot, then touch the ball into open space.

When you time this move correctly the defender has to stop his momentum and turn to chase after the ball. You will get far away before he recovers.

Be careful when using this move. You can do unnecessary stepovers and scissors if you don’t pay attention to the defenders movements.

Having said that, this move will make even the greatest defenders lose balance if you have quick feet.

To do this move, roll the ball forward using a sole touch, then perform multiple scissors and stepovers in rapid succession.

Touch the ball past the defender when he loses his balance.

Move your hips, arms, and body with each scissor or stepover. If you sell the tricks correctly the defender will have no idea which way you’ll go and when you’ll take a touch past him.

The stop and go trick confuses and delays defenders. Use it to beat defenders that delay you from an angle. It’s the perfect way to beat a defender on the sideline and set up a cross.

This move has multiple effective variations.

Each variation accomplishes the same thing. You pretend that you’re cutting the ball backwards then dribble forward with speed.

What variation you use doesn’t matter. What does matter is how well you sell the move.

If you don’t move your body and hips when you take the first touch the defender won’t believe that you are cutting the ball back.

Good defenders are prepared for this move so focus on making your fake half touch backwards as realistic as possible.