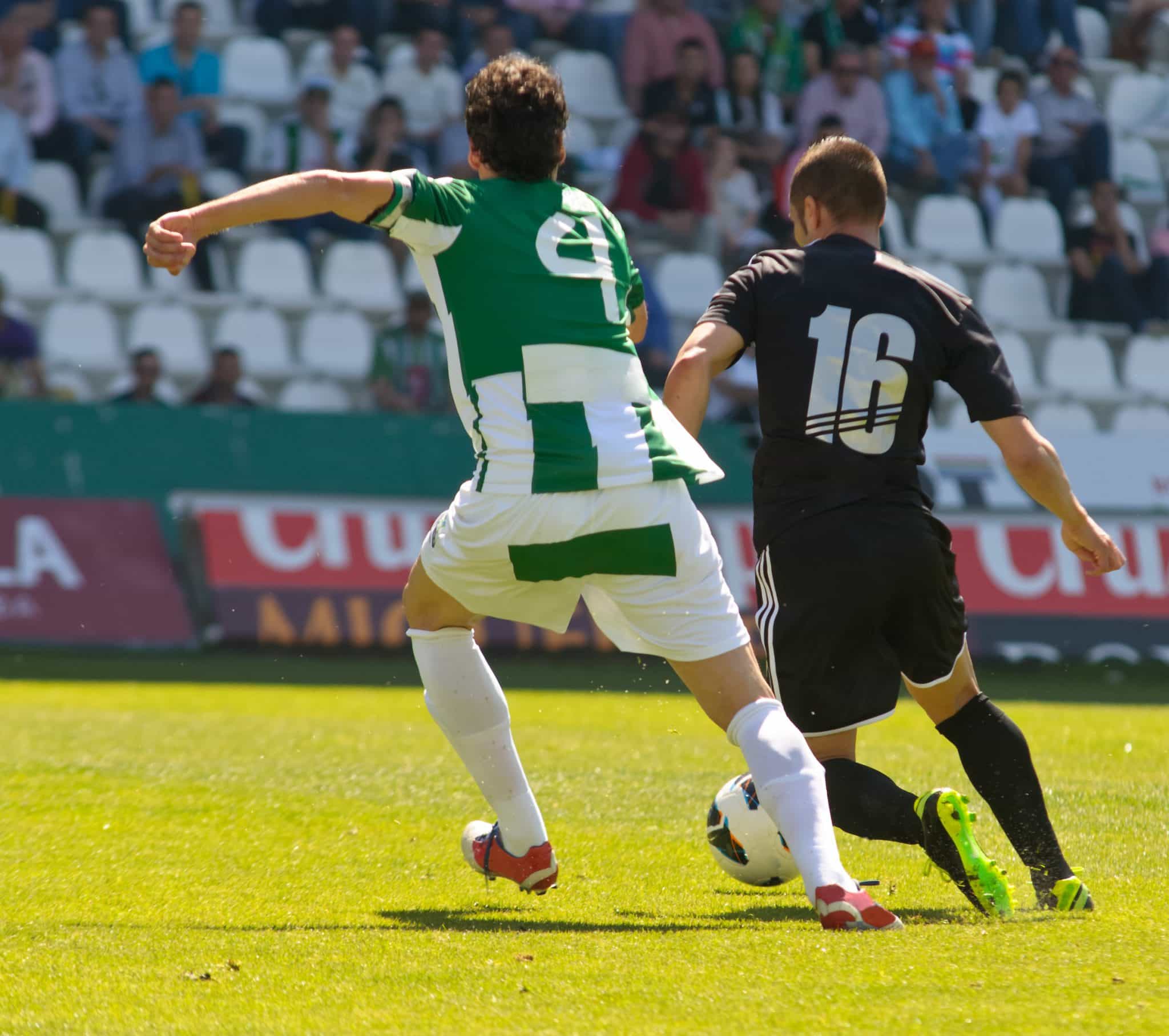 The winger is a deadly position. Wingers sprint down the sideline into open space, cross the ball, and beat other players 1 vs 1. They can score and play defense.

Good wingers are disciplined and push through physical pain.

A winger plays on the sides of the field (there is a left and right winger). They usually play near the sidelines but occasionally move to the middle of the pitch.

This article will cover the top traits of a good winger and provide some tips to help you succeed at the position.

These are the top 5 traits that good wingers possess (in order of importance):

The winger is the most physically demanding position on the field. They have to jog back and forth across the pitch and sprint long distances.

A winger can be in the defensive half one moment and the opposition’s goalie box the next.

A winger needs great endurance. Otherwise, you will have to be subbed out regularly to be effective.

Wingers constantly beat players down the sideline and run into space. Effective wingers are fast.

A fast winger with good dribbling ability is deadly. You can cross the ball when you receive passes near the sideline and head straight for goal when you make runs towards the middle of the pitch.

The sidelines isn’t crowded like the middle of the pitch so wingers have good opportunities to dribble.

Wingers consistently have one-on-one encounters with other wingers and defenders so read How to Dribble a Soccer Ball and How to Perform Soccer Moves and Tricks to learn how to beat players and dribble down the sidelines effectively.

Wingers cross the ball more than any other position. They usually take corners.

You need to cross well while running to be effective. You should be able to beat a defender and cross the ball quickly (before it’s blocked).

Read our article, How to Cross a Soccer Ball,  for more information.

Wingers have to defend. You will face the opposing winger in one on one situations.

Wingers must learn how to stick with their man while he’s making runs (by staying goalside), slide tackle, delay the opposing player, and defend crosses.

Read our article, How to Defend in Soccer, to learn how to defend effectively.

Use soccer moves and your speed to beat your man. If you’re fast enough, you can avoid the wingback by dribbling near the sideline. If not, you can beat the defender or do a one-two pass around him with a forward to set yourself up for a cross.

Don’t beat your man when you are in the defensive half. Passing will be more effective, and losing the ball could result in a deadly counter-attack.

After you beat the opposing winger a few times, he will likely give you some space and try to delay rather than tackle. If you get slowed down a center midfielder will come to double team.

Pass the ball before this happens. You have many options. You can play a ball to a forwards feet or a through ball down the sidelines.

You can switch the ball to the opposing winger or make a short pass to a center midfielder. Which option you choose depends on how well your teammates make runs and lose their mark.

If you get into trouble, turn, shield, and drop the ball (pass towards your own goal).

These moves are perfect for setting up a cross or beating a defender coming at you from the side.

Learn moves such as the stop and go and shiki (covered in our article, How to Do Soccer Moves and Tricks).

Defenders expect wingers to dribble down the sideline.  A quick cut to the inside will beat your defender. From there, you can pick your head up and pass or beat the center midfielder.

Beating the center midfielder (or forcing him to mark you then passing) opens a big hole in the defense.

Try cutting inside, passing the ball, and running towards goal (run diagonally to stay onside).

Make diagonal runs occasionally when the center midfielder has the ball. This will surprise defenders.

The crofe should be in every soccer winger’s arsenal.

Touch the ball towards a defender (that’s located at your side) then perform the move. It almost never fails.

The crofe is perfect for setting up a cross and cutting towards goal.

Do a one-two with a center-midfielder, play the ball down the line to a forward, switch the ball to the other winger, cut in and take a shot, play through balls over defender’s heads to your forwards, etc.

Unpredictability is deadly. The opposing team will hate it when you get the ball.

8. Watch for the defender

Watch out for defenders coming to tackle you after you beat your opposing winger.

Many wingers explode too fast past the other winger. They touch the ball too far ahead, making it easy for defenders to steal it.

Keep the ball close and look up quickly after beating your man.