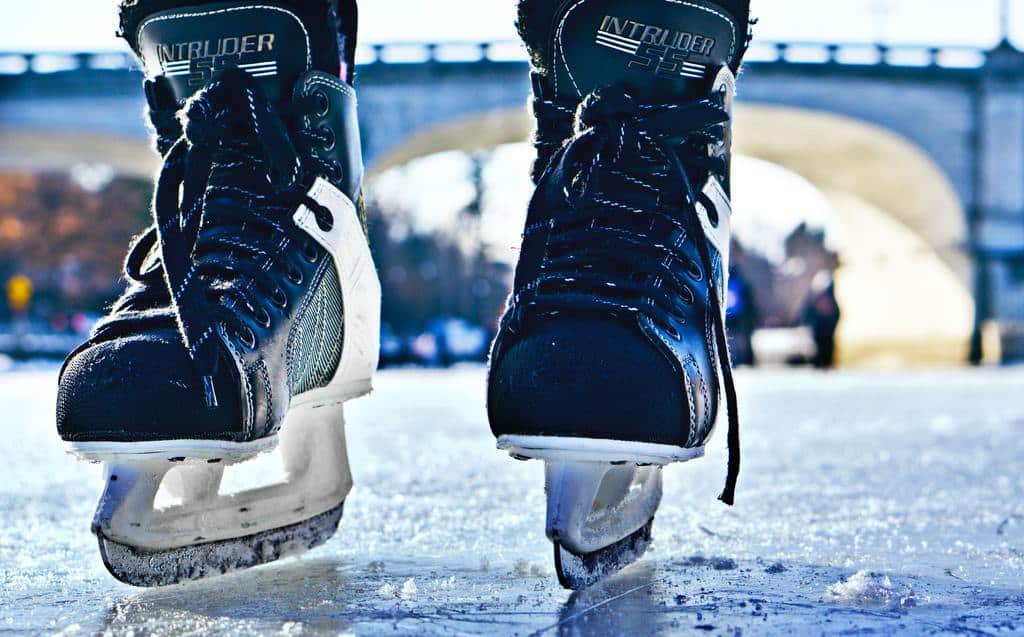 There are plenty of games inspired by soccer, but ice soccer might just be the most inventive yet. While a few variations of the sport have emerged recently, there’s no doubt that the craze has kicked off, and that ice soccer is going to be a game that everyone is playing soon enough. The best part is anyone can play, the rules are simple, and it’s a great way to get fit too.

This relatively new team sport can be played competitively in indoor ice hockey arenas or on outdoor ice surfaces. It can also be played by friends and family on big or small frozen lakes or ponds, and on home-installed ice rinks. It requires minimal kit and equipment, and according to KSL, some versions even see players wearing bowling shoes instead of ice skates.

If you have a synthetic ice rink set up at home, it’s ideal for ice soccer games with friends or family. You will, however, have to keep the ice clean to ensure there are no obstacles or debris to fall over. Fortunately, this is easily done with a wet mop or broom, or a power washer. Once the ice is clean you can set up your goal posts and start playing.

How To Play Ice Soccer

There are a few different versions of ice soccer, and part of what makes this game such a hit is that it’s easy to adapt for just about any number of players. In one of the more commonly played versions, players must skate while dribbling a size 3 soccer ball around in the rink. The ball can be handled using any body part other than the hands. There are 5 players on a team but no goalkeepers. The goal can be defended by any player at any time, with no extra privileges.

Ice soccer rules are virtually the same as those of roller soccer. If the ball exits the rink, it’s put back into play by the referee who drops it in front of the team that didn’t kick it out. Goals are scored by getting the ball in the opposing team’s net, and the match duration is split into two halves, played each way.

Playing ice soccer is a great leveler and that’s part of what makes it so popular. Big players cannot use their brawn like they do when playing normal soccer, and even if you have no experience with the game, you can still join in. This means that people of all ages, abilities, genders, and sizes can play ice soccer together and still have loads of fun.