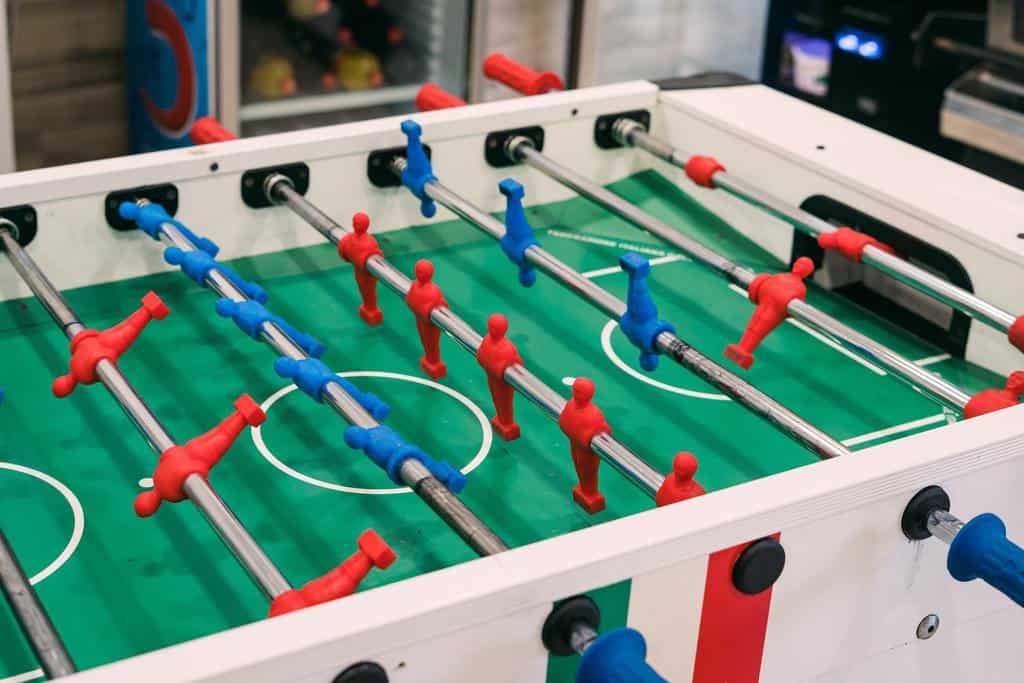 A recent survey done by OnePoll found kids are now spending twice as much time indoors than they were twenty years ago. Spending time at home gives families the ideal opportunity to take part in some games and hobbies together, and there are lots that have been inspired by soccer. These games are not only fun, but can help improve your skills. So instead of spending time watching TV, try a soccer game at home with friends and family.

Subbuteo is a tabletop simulation of soccer that was patented in 1946 by Peter Adolph. The rules of the game are extremely similar to soccer, except that you play using heavy-weight models of players that stand on rounded ends (like Weebles). These are flicked around the table, requiring dexterity and skill. There are several hundred different Subbuteo sets available, so you can play as your favorite soccer team. You can even paint your own Subbuteo players! The joy of Subbuteo is that it can be played by anyone, regardless of age or sporting ability, and all you need is a dining table to set up on.

If you have a little space, soccer darts is great fun for all the family. You can play it out in the backyard too. Like ordinary darts, it is a great family game and is perfect for the older generations and those with limited mobility – even expectant mothers can play darts, as it’s a low-impact physical activity – just be sure to avoid darts made of lead if you’re playing the traditional game. The rules of soccer darts are simple – you have to accurately kick a ball to hit a dart board. The boards come in several different sizes, from small models to giant inflatable sets. You will get points depending on where you hit the dart board.

Foosball is the classic indoor soccer game, popular all over the world. The game is more than 100 years old, but was first brought to America in the 1950s. By the 1970s, Foosball could be found in bars all over the country. Each team on a Foosball table has eight players attached to rotating bars that can be moved to kick a ball on the table. The aim of the game is, of course, to kick the ball into the opposite goal to score points. If you get really good at Foosball, you can join the International Table Soccer Federation (ITSF) and play competitions all over the world.

Even if you are indoors, there are still some great soccer-inspired games you can play. You don’t need to be a soccer expert: you just need to have a sense of fun!