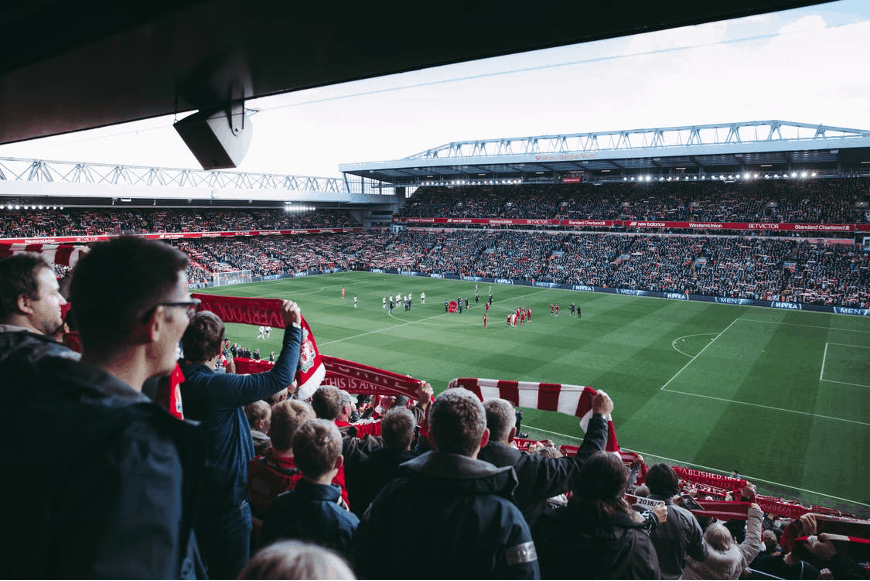 There’s no doubt that this year has been a challenge for the sports industry, with games being cancelled left, right and centre, players being forced to isolate and international teams being left out of league games due to travel restrictions. This has had a huge impact on teams around the world, with the NFL experiencing an unusual amount of player injuries this season due to a lack of pre-season training, and Nation’s League games being postponed until the end of the year. Yet, one factor that seems to have affected sporting games the most is the lack of spectators at the stadium.

Spectator sports have been around for centuries, from Cricket being played around the British Empire during the 13th century, to when Football and Cricket became more regulated with the introduction of FIFA and the FA in the mid 19th century. Spectators are an intrinsic part of today’s sporting events, so there’s no surprise that when fans were taken away this year, it had a detrimental impact on the game.

So what benefits do spectators bring to sporting events for the teams playing, and what were the results of taking them away?

The Notion of the 12th Man

Throughout the years, history has shown us that teams generally tend to do better when playing at their home stadium, also known as the home team advantage. The theory behind this is largely psychological, in which the teams get more of a sense of support and dominance when playing on their home turf.

One of the reasons for this is that more fans attend a home game than they do an away one. While this doesn’t take away from the fact that thousands of fans travel around the world each year in support of their favourite teams as they play international games, there is generally more of a turnout for local games. This means that when playing a home game, the team have the most optimal levels of support from their fans as they cheer them on from the packed stands, encouraging their players and intimidating the opposition – both fans and spectators.

In this sense, fans are known as the 12th man in the team. Studies have shown that when teams have the 12th man present, they have better odds of winning the game. For example, in one study it was seen that in the UK Premier League, Manchester City have won 82% of home games, yet only 69% of away games, Crystal Palace have won 50% of home games and only 38% of away games, and Norwich city have won 30% of their home games and only 9% of their away games. These results are highly unlikely to be just a coincidence.

The Theory of Positive Enforcement

Just a couple of years ago, Elif Batuman posted an interesting article in the New York Times on the idea that fans use positive and negative reinforcement to influence how their team performs. Batuman suggested that like many of the conditioning behavioural tests that have taken place in history, the fans in a stadium are able to influence how the players perform by the way they react to player outcomes.

If a player makes a move that causes them to score a goal, the fans roar with applaud, teaching the players that they’ll be rewarded with support from their fans if they continue to make those choices.

However, this theory can work both in and against the favour of the team as it can also mean that a player could make a risky move and end up scoring, yet the fans still cheer as there was a positive outcome; yet next meet, the player might not be so lucky.

Looking for more soccer news? Check out these articles from Complete Soccer Guide:

In recent months, we’ve also seen more and more fans beginning to support the underdogs, with 45% of survey respondents backing Team GB in athletics this summer, when the majority didn’t seem too hopeful, and a quarter of respondents backing Leicester City in the 2020 Premier League, when it looked like success was quickly fading for them.

So why are fans supporting the underdog? In betting terms, it would make more sense to place safe bets on the longstanding winning team, right? However, it seems that fans are making riskier bets, as there’s a chance if a higher reward and even greater gratification than in the expected team were to win.

It’s a game of Russian roulette but is becoming a trend that is taking fans by storm.

Sports betting is popular in countries like the UK and is also becoming increasingly popular in the States. More people are now trying their luck on different sporting events across the world, taking their pick of a favoured team or individual. The question whether fans present at a match or event has an impact on the betting odds is interesting and is definitely one that can be seen to have helped punters recently with their betting decisions. For example, in the United Kingdom, where some football teams have been able to welcome back their fans, it is likely the team with the physical support are going to be the winning side?

Could No Fans Have Any Benefits?

While there’s no doubt that fans have a positive impact on the players performance in a game, there’s also some reason to suggest that a break from crowded stadiums could be beneficial to the players. With no fans in the stadium, the playing field is made even for both home and away teams, making the odds more balanced.

What’s more, industry experts have suggested a break from the harsh criticism and eagle eyes of the fans could give new and younger players the chance to flourish, without receiving negative reactions to their mistakes.

While fans are beginning to make a come back to the stadiums, it will undoubtedly give players the morale boost they have desperately needed this year, however who’s to argue that a short break from the pressure of fans hasn’t been beneficial?