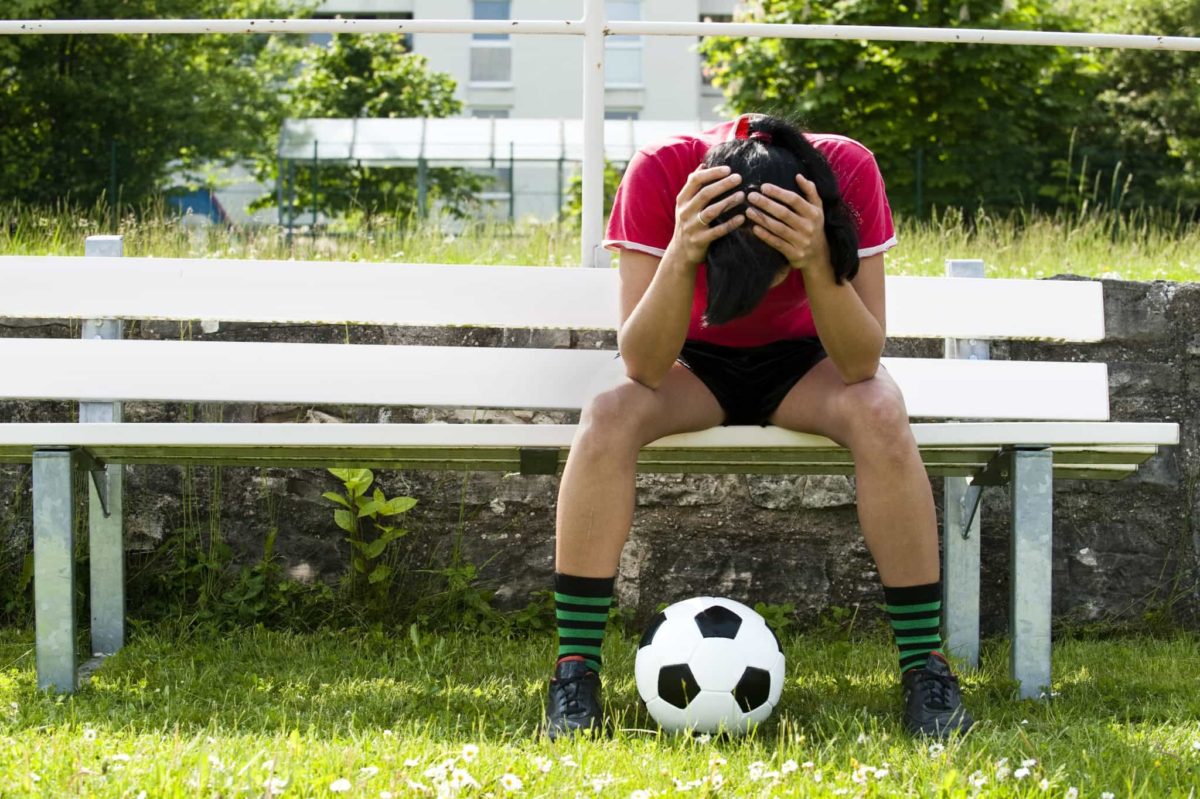 Getting cut from a soccer tryout stings.

Every player feels anger, sadness, frustration, or all three emotions in the days, weeks, and months afterwards.

Getting cut from a team doesn’t have to negatively impact your career. This article covers the steps you should take after you don’t make a soccer team to turn a “failure” into a positive experience:

1. Ask for an additional tryout

Instead of sulking and complaining about how unfair the coach(s) were at the tryout, take action. Speak to the coach(s) and ask for another tryout.

Resist the urge to say things like “I scored an amazing goal but you didn’t see it because you were laughing with the assistant coaches” or “why didn’t you pick me? I’m easily one of the best players who tried out.”

You may be right, but attacking the coach won’t help you make the team. Instead say “I had a bad tryout (whether you had one or not). I wasn’t feeling well (don’t say you were “too nervous” as coaches want confident players). I really think I can contribute to the team. Could you give me a private tryout or let me practice with the team a few times?”

A private tryout or practice provides a second chance to show how good you are. You won’t get overlooked since the coach isn’t distracted by tons of players.

I’ve never done this, but I’ve known players who talked to the coach after getting cut, played well at a couple practices, and made the team.

Contact the coach for a team you didn’t tryout for and ask him for a tryout. This is something to try if you don’t make a soccer team.

The coach may let you practice with the team. Your chances of getting a tryout increases greatly if you have a friend on the team who can “vouch” for your ability.

Walking on works. I’ve walked onto multiple teams (including a top team) and helped other skilled players walk onto my team.

Walking on works best during the preseason but it can work anytime.

Walking on is much easier when you play below your level. When I put myself in a bad situation I had to walk onto a team in a lower division. I was signed almost instantly.

3. Take a break from soccer

If you can’t get an additional tryout or walk on to a different team, I recommend taking a break from soccer if you don’t make a soccer team somehow.

Take a week or two off to clear your head. Hang out with people and do things you enjoy as much as possible.

After you’ve taken a break you’ll be ready to start playing again.

You probably still feel bad about getting cut from the team, but now you’ve had time to partially recover.

Failure is an opportunity for growth if you don’t make a soccer team.

Think about what went wrong during the tryout. Did you freak out under pressure? Is your first touch mediocre? Are you too weak?

Maybe you are a top player but don’t tryout well. If so, read our article How to Make a Soccer Team.

Remember how you felt when you didn’t make a soccer team?

Use those emotions as fuel to improve your game.

Focus on improving the things you need to work on (see step 4). Use this website to learn proper technique.

Read our article, How to Become a Great Soccer Player to learn how to train efficiently.

6. Recognize the truth about failure

Many professional players have failed over and over before they made a top team.

They refused to quit and vowed to train harder after each failure. They knew they could learn from their mistakes.

I’ve seen tons of skilled players quit when things got a little rough. If these players kept at it they could have played at a high level. I know this because I’ve seen less skilled, determined players make it to the collegiate and professional level.

Keep going, keep playing, keep having fun, and keep improving. Your goals are closer than you think.