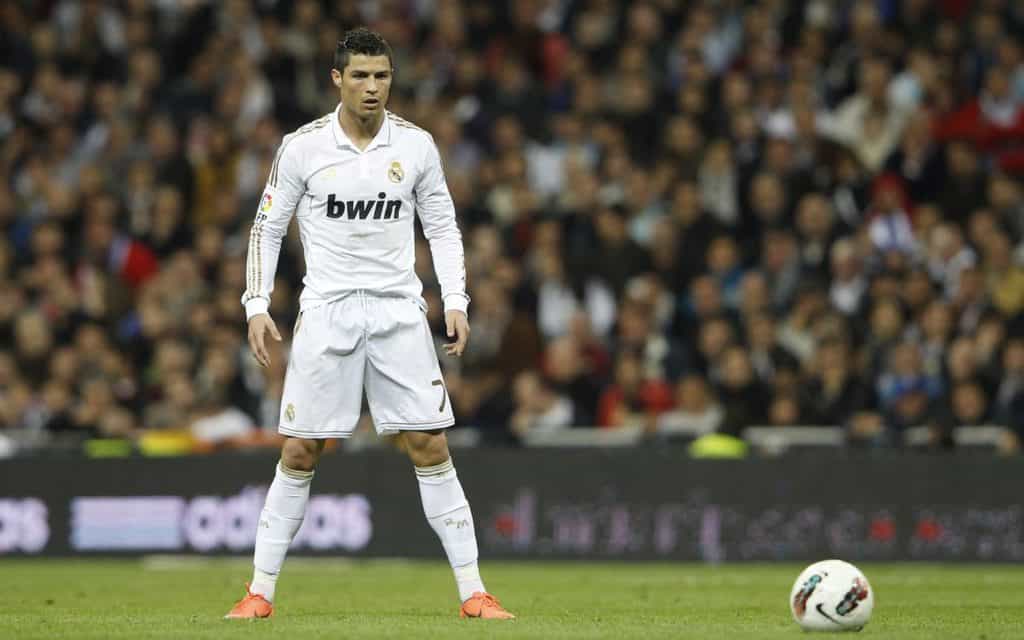 Identifying the world’s greatest soccer players to watch and emulating their play will provide invaluable lessons on how to be the best. Equally as important as vital soccer tips, studying players can be a good way to improve on key areas to take your game to the next level.  Even the likes of Lionel Messi and Cristiano Ronaldo grew up trying to mirror the styles of legends of the game like Diego Maradona and Pele.  Now young stars are eagerly watching the Argentinian and the Portuguese in an effort to replicate their devastating styles. Here are some key soccer players to watch right now to greatly help improve your play.

4 Key Soccer Players To Watch to Improve Your Soccer Skills

One of the best soccer players to watch right now is Cristiano Ronaldo.  Ronaldo is generally considered to be the best footballer in the world.  The Real Madrid forward is the most recent recipient of the ultimate footballing accolade, the Ballon d’Or, along with the Best FIFA Men’s Player award. As of October 17, 2017, the Portuguese racked up an astonishing 613 goals and 200 assists for club and country in 871 appearances. This is a hugely impressive output. The reason the former Manchester United player is so effective is because of his speed and strength. He uses power and pace to charge past opposition defenders.  He also knows how to pick a perfect pass to enable him to get in a better position to receive the ball again.

When discussing soccer players to watch and emulate, no list would be complete without the awesome Lionel Messi. For many, it’s hard to choose who is better out of the Barcelona man and Ronaldo. There is no doubt that they have been the two best players in world football for the last ten years. Messi’s all-time career stats are actually better than Ronaldo’s, because he scored more goals and claimed more assists in a fewer number of matches. For both club and country, Messi has notched 582 goals and made 233 assists in 716 showings as of October 17, 2017. The 30-year-old has been compared to Maradona in the past, and is regarded as the most skillful player in the world. He uses trickery and intelligence to get past opponents, and is a top-class finisher.

If you want to be a quality striker, arguably the finest of all soccer players to watch in the world right now is Tottenham Hotspur’s Harry Kane. The 24-year-old bagged 13 goals for Spurs and England in all competitions in September 2017. His output seems to be improving each year. In the 2015-16 campaign, the red-hot striker scored 25 goals to win the Golden Boot, and then bettered that last term with 29 goals to top the scoring charts. Prior to the Bournemouth encounter, Kane was 13/8 with Betway to win the sharpshooter accolade for a third time at the end of this campaign.  The Nike-wearing AIA-sponsored forward excels because he always makes use of even the smallest amount of space. He has proved that he can fire a shot off and score from virtually anywhere in the final third.

If your favorite position is in midfield, then one of the best soccer players to watch and learn from at the moment is Kevin De Bruyne. He uses skill, vision, and intelligence to run the show for Manchester City. The Belgian is only in his third season as a Premier League regular, but has established himself as one of the most important players in the division. As such, he is the bookies’ favorite to win the PFA Player of the Year award next year. After racking up a staggering 21 assists in the league last term, De Bruyne is showing his class even more this season. He is clearly the first name on Pep Guardiola’s team sheets. The 26-year-old is averaging 71.9 passes per game with a pass completion rate of 84.3% as of October 17, 2017. Players who want to be like the former Wolfsburg playmaker need to practice passing the ball through the eye of a needle and watching other players’ runs.

There is no doubt that studying these pros will help you raise your own soccer game because they will show you things you hadn’t thought of before. Other soccer players to watch include Eden Hazard, Alexis Sanchez and Antoine Griezmann.