In order to become a top-class soccer star, you need to be blessed with plenty of skill and natural ability.  However, intelligence is also a huge part of the game and an important trait for players to possess. The majority of the world’s elite players possess the ability to read the game and react accordingly. Some players can perform tricks to beat their opponent, but if they can’t finish the play, they are unlikely to maintain a career at the top level. 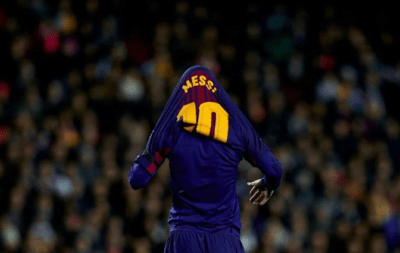 Anticipating situations is vital and can separate a world-class performer from an average soccer player.  This skill is often developed over time and through the repetition of practice and game scenarios.  Understanding how an opponent will react during a fast break or anticipating which direction a player is likely to pass the ball takes mental awareness and practice. A lack of awareness in these types of scenarios can cause players to “ball watch” and not track runners.  Positional sense is also critical and players should avoid encroaching on a teammate’s space.

Chelsea’s N’Golo Kante is an example of a player who possess intelligence, awareness and ability to dictate a game without extraordinary athleticism.  This makes him a rare talent. So much so that his manager Antonio Conte, believed he deserved to win the Ballon d’Or last season. Kante works hard, he gives 100% in every game. His habits of breaking up plays, making tackles and reading imminent danger make him a vital cog on Chelsea’s side of the ball.

Kante has been particularly effective against better opposition during his career and is part of Chelsea’s UEFA Champions League squad.  Even still, Manchester City have been favored in February 2018 for Europe’s elite club competition while Chelsea are actually outsiders to pick up the trophy once again.

Time will tell if these predictions turn out to be correct.  As one of the best players in the game, Kante can certainly influence the outcome. He is not a goal scorer and with just one goal for every 2,008 minutes of Premier League football as of February 2018. However, his presence of mind and ability to react quickly helps to win many soccer games. He is two to three seconds ahead of the play and always anticipates his opponents’ next move. In the time it takes for a player to receive a pass or run to the ball, Kante has already taken up his position and is able to block or intercept the pass, preventing any further danger. 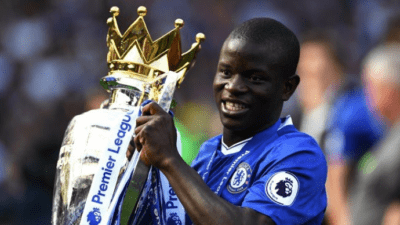 The likes of Cristiano Ronaldo and Lionel Messi possess all the hallmarks of world-class soccer players and they are quite rightly praised for their all-round game.  Their ability to read the game did not come naturally, however.  Studying the movement of opponents and recognizing the traits and habits of teammates are skills which are developed over time.  They must be carefully honed by the individual.

For like-minded offensive players, anticipating where the ball will fall in the penalty area and making the correct run will inevitably lead to plenty of chances. That awareness of how to shake off your marker is a hugely underrated skill and possessing the natural instinct in front of goal can be the difference between a ten goal striker and a prolific scorer.

Reading the game is absolutely essential and any player who cannot anticipate an opponent’s next move is likely to struggle against better opposition. Players should take time to study matches at all levels of the game.  While watching matches, it is important to note the positional play of everyone on the field.  Make a point of Recognizing the players reactions to various situations.  This is a great way to improve cognitive abilities and become a better soccer player. It will not come easily at first, but awareness and anticipation will improve over time.  Noticeable all-round improvement in play will likely follow.